A Christmas Story. A Fun Family Movie? Or a Sexist and Poor Representation of the Roles of Women? 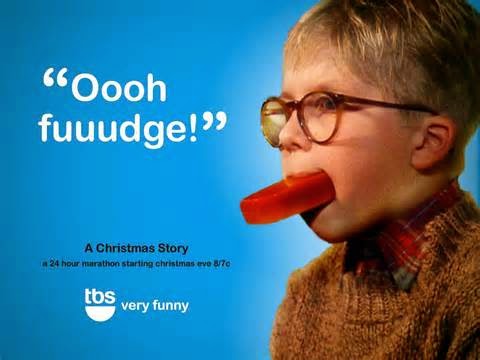 "A Christmas Story" is an all-time seasonal classic that is played every Christmas repeating on a loop. Yes, yes, the typical story of a little boy yearning for his first BB gun amidst a misunderstanding audience (aka his family, teacher, santa etc.) who insist he will "shoot his eye out". Though at times it is heartwarming and even a bit comedic, I noticed some underlying sexism against women that disturbed me a tad. Now, I am not naive enough to disregard the fact that times have changed (slightly) in terms of the treatment and movement for equality for women, but still, I was taken aback.

While I'm aware that before recent years, "times were different" and women were not considered to be equal, why is it that a film so controversially ingrained with sexist undertones has carried over the years so popularly? Since the first women's right convention in 1848, where the Declaration of Sentiments was signed, women have been trying to gain equal rights in both public mentality and in terms of fair treatment (voting, work place treatment, etc). And even though women were finally given "equal rights" and the right to vote in 1920, they were not equal, and I beg to argue that they are still struggling against sexism today. This movie, made in the 1980's (mind you, 60 YEARS after the signing of the 19th Ammendment), is laced with sexism towards women. This is mainly portrayed through the treatment of Ralphie's mother.

Time and time again, Ralphie's mother is consistently portrayed as ALWAYS being at home, even though both of her children are grown and in school. She is portrayed as having extremely domestic jobs around the home: cooking dinner, washing the dishes, doing laundry, doing the shopping and "dealing with"the children. The father is NEVER shown to nurture nor tend to the children, only doling out severe physical punishment. When Ralphie gets hurt by the BB gun (lying to his mother and saying it was an icicle), he stays sitting in his chair while the mother tends to the child. The mother tells her husband to "stay put and keep reading his funnies (the comics)". She clearly caters to everyone in the home. In addition to this, her role as a woman who is a stay at home mom is made clear through her consistent garb:  a shirt and long skirt (usually with an apron).

One of the other subtle sexist hints involving Ralphie's mother is her entire demeanor. She is always timid, caring and compassionate. Several times when her husband "lays the law down", she timidly holds her finger over her lip almost as if in a "shhh" gesture, afraid to say anything. She never aggressively speaks her mind, except for once when she breaks the leg lamp after several timid attempts to remove it from her front window in the home. Even then, when she breaks the lamp, she holds the broken pieces, kneeling (sign of submission) and uses an almost baby voice to softly apologize to her husband. Though she consistently speaks about and looks at the lamp in consternation, it is all ignored by her husband because he makes the rules. Then, as the family is putting lights on the Christmas tree, her husband is disrespectful again. He picks up a light, says that it is a certain color, and when his wife questions him and says "it is blue", when it CLEARLY is blue to the audience, he retorts "I'm not colorblind, see I told you it was green", and she responds quietly "I'm not colorblind either". It is apparent that the husband is wrong, but the wife can't say anything, of course. Though these characteristics are all subtle hints, they strongly outline the element of sexism in "A Christmas Story".

Even though there are many subtle instances of sexism to choose from, there was one blatant one which persuaded me to write this post. There is a scene in the beginning of the movie where my mouth just dropped immediately. The entire family is sitting down to the table to enjoy a dinner that the mother has undoubtedly toiled over for a few hours (note the pots and pans on the stove and dishes in the sink which await her cleaning immediately after dinner). She served her husband's and her two children's meals first with heaping piles of hot food and the father and sons began eating their meals as soon as they were served. When the mother finally was able to sit down to her meal, she picks up her fork to take a first bite and the husband interrupts her. Before the fork reaches her mouth, he asks her for a refill on the cabbage, without even looking up from his newspaper. She immediately puts down her fork without taking a bite and stocks up her husband's plate with what he wanted. She then sits down to attempt eating her meal for the 2nd time, and just as her fork is picked up, her youngest son makes the same request, for more food. She puts down her fork, again without taking her first bite, to refill her son's plate. Ralphie's narration then says "My mother hadn't had a hot meal in 15 years", alluding to the fact that this was a frequent occurrence. Did it occur to anyone that this poor mother tends to her family's every whim and wish before her own? I understand that a mother must take care of her children, but come on, she isn't a personal servant. Let the woman eat a hot meal with the family! They should respect her enough to wait until she sits down to take her first bites, at least that's how I was raised. No one took a bite until everyone was seated and had their food.

In addition, the entire premise of the movie is the fact that this little boy wants a Red Ryder BB gun. The mother, teacher and even Santa states that the boy will "shoot his eye out". At the conclusion of the movie, Christmas morning, to the mother's surprise, of course, the father has purchased the Red Ryder BB gun against the mother's wishes. She finally succumbs to it saying Ralphie must use it outside. She doesn't really have a choice because the father has already purchased and given the gift without even consulting the mother! And then again, Christmas morning, she has spent the morning cooking up another delicious meal for the family.

This is a movie that we watch year after year which embeds sexist undertones in our minds and our children's minds. And while it is funny, charming and enjoyable, the viewers can't deny the sexism. Anyways, enjoy your Christmas and keep your eye out for these things next time you watch this movie!